How Victorian Flowers were Brought to Our Garden

In the early decades of the nineteenth century gardeners cultivated vegetables and herbs.  There was little time or energy for flower gardening since most of the population lived on farms where working the soil took up most hours of the day.

That all changed in the second half of the century. Then people began to move to cities and suburbs. Leisure time became available. A wealthy middle-class developed who believed gardening played an important role in daily life.  Then cultivating a flower garden became essential for the middle-class Victorian household.

The choice of flowers however came largely from the English garden tradition. There are three English garden books from both the eighteenth and the nineteenth centuries that listed many of the flowers that were included in the Victorian garden of both England and America.

The first was The Gardeners Dictionary (1735), a plant directory by English botanist Philip Miller. The second was garden writer Jane Loudon’s The Ladies’ Companion to the Flower Garden (1846). The third source was gardener David Thomson’s volume called Handy Book of the Flower-Garden (1868).

These three directories list flowers that had been in the garden for decades, generations, or even centuries. They reveal many of the old English garden favorites.

James Vick (1818-1882), seed company owner from Rochester, New York, opened his business in the early 1860s. He grew flowers and at the beginning sold seeds from his own attic. Vick’s customers wanted to plant a flower garden and he did his best to provide quality seeds. His company became one of the largest in the country.

Vick found that he needed to travel to Europe to get more and different flower seeds.  There was not enough of a quality seed variety available in America at that time.

His catalog, like that of his contemporaries in the business, offered seeds from the traditional English garden.  They were flowers that had been part of the English flower garden for decades but also included exotics from Africa, Asia, and South America. England had been sending plant hunters around the world in search of flowers that would grow in the English climate.  Many of them became part of the home flower garden. 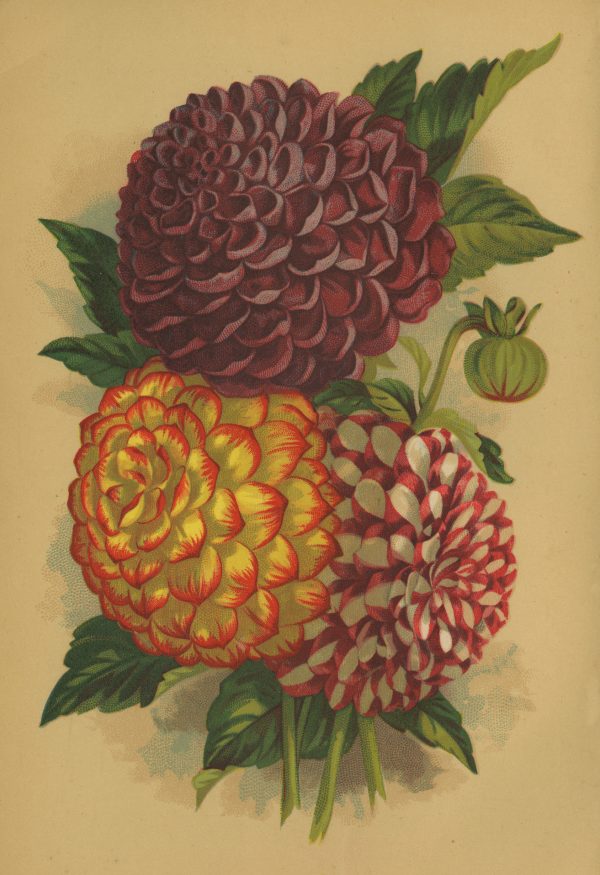 Which came from Mexico to Spain in the sixteenth century. Later it appeared in the gardens of eighteenth-century England.  It is an indispensable flower for the fall garden. Today there are over 57,000 varieties of this flower. 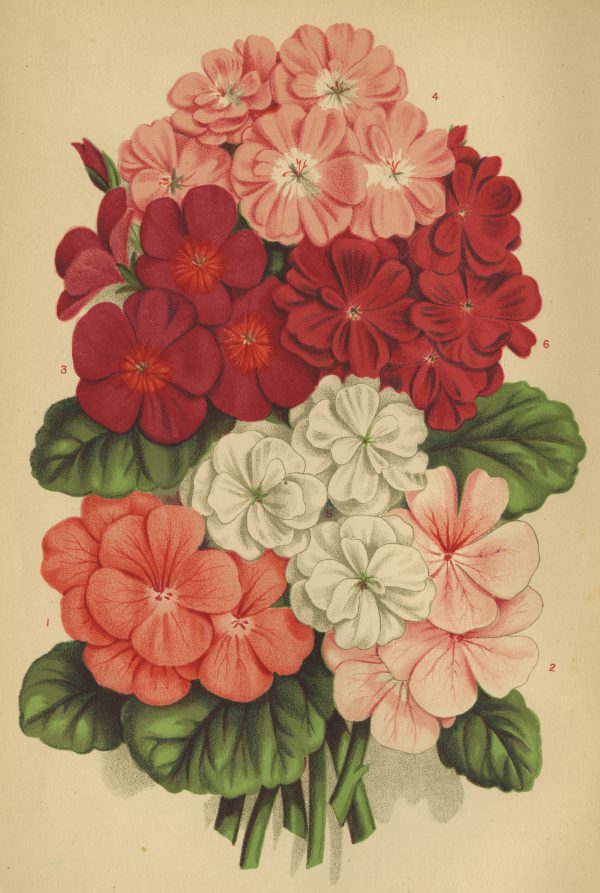 The geranium was the most popular garden flower during the Victorian era.  Its many varieties provided color in beds and containers.

The phlox, verbena, and sweet pea were also essential Victorian flowers. Many varieties of the trailing sweet pea provided color on fences and trellises. 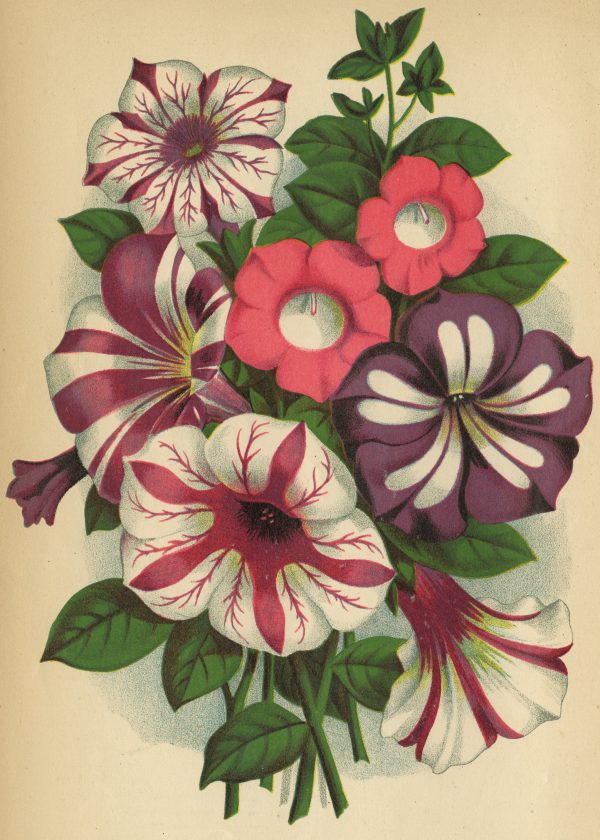 The petunia came to England from Peru in 1831. By the mid-nineteenth century, it was part of the American flower garden. Today it remains one of the top sellers for the garden industry.

The begonia with its tropical look was a favorite for shady areas in the garden. It remains a must as a beautiful flower that will bloom with little sun.

Vick loved pansies, particularly because he once said the flower seemed to resemble a human face.  Today we still plant pansies for color in both spring and fall. 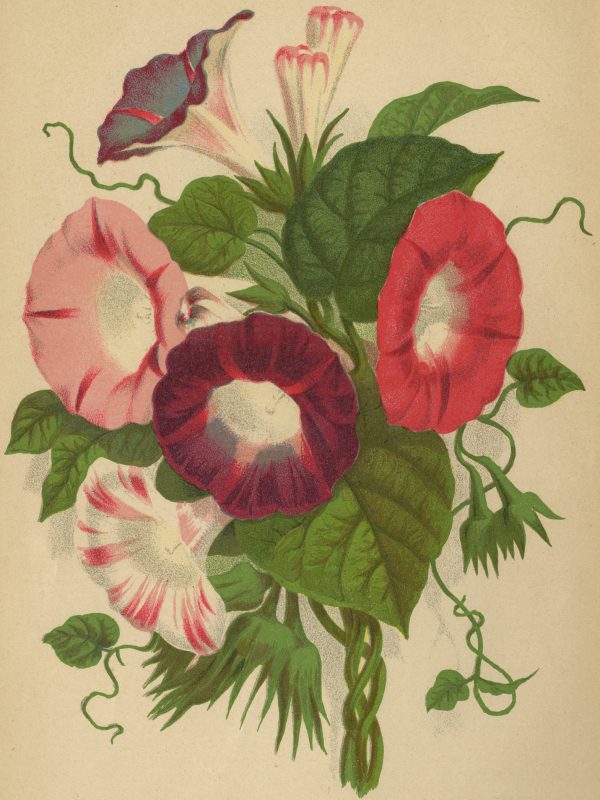 Another Victorian favorite the morning glory is a must for every garden. It is an easy to grow climber that will reappear every summer once you plant it.

Finally, the coleus, though it has no flower to speak of, provides color to the garden with its stunning leaves. Because it came in many shades, it was a popular Victorian choice for carpet beds.

We still love and grow these flowers. All of these flowers are still among the top sellers at large retailers and local garden centers every spring.

Which ones do you grow in your garden?

Pin It for Later 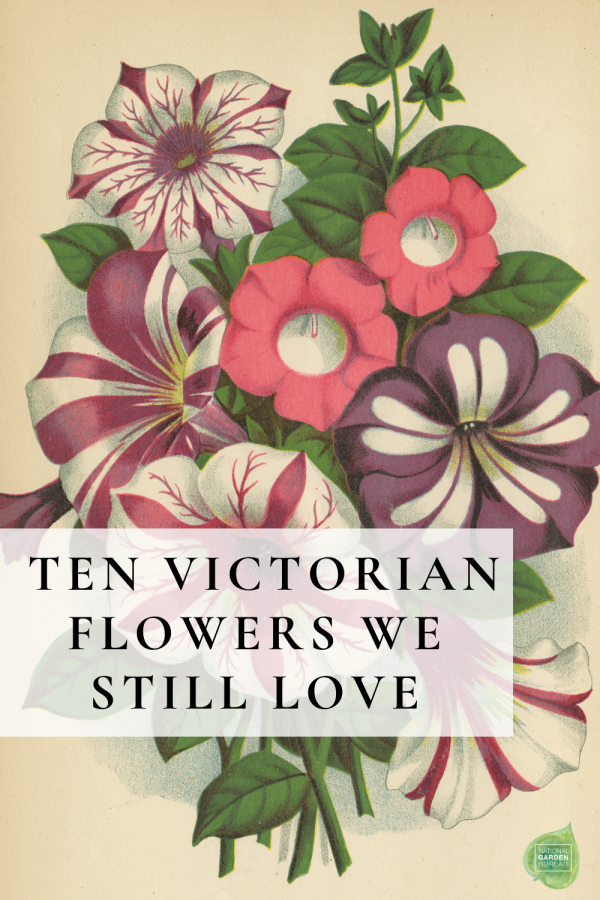